(my friends call me Mimi)

At right: Mimi Wesson, with the marker that she and her research team placed at the grave in Oak Hill Cemetery, Lawrence, Kansas.  (Photograph by Ben Herr.)

“Mimi’s latest project is one she calls a “nineteenth century true crime story,” a book based on the famous (among law students and evidence professors) case of Mutual Life Insurance Company v. Hillmon. The Supreme Court’s 1892 decision of this case is very important to the law of evidence, but it does not resolve the central mystery: who was the man who died at a remote Kansas campsite in 1879, leaving behind a corpse that some claimed to be that of John Hillmon, and some (especially the insurance companies who had insured Hillmon’s life) claimed to be someone else?”

This mystery and many others are addressed in her book A DEATH AT CROOKED CREEK: THE CASE OF THE COWBOY, THE CIGARMAKER, AND THE LOVE LETTER (New York University Press 2013).  For more information about the book, click here.

Marianne Wesson has been a member of the CU Law School faculty for over three decades, teaching and researching in the areas of criminal law, evidence, and trial advocacy. She practiced criminal law as an assistant attorney general for the state of Texas and as an assistant U.S. attorney for the district of Colorado. Her articles have appeared in a wide variety of law reviews and journals, and she has served as an editor and adviser for a number of legal and academic journals.  From 2011 through 2013, she served as the inaugural Schaden Chair in Experiential Learning at the Law School.

She served as a member of the Criminal Law Test Development Committee of the National Conference of Bar Examiners from 1978 to 2006. She has been a commentator for several media outlets, including NBC, ABC, CBS, MSNBC, the Washington Post, the Dallas Morning News, the Denver Post, and the Rocky Mountain News, as well as serving as a legal correspondent for National Public Radio and Colorado Public Radio. She was elected to the American Law Institute in 1989.

Wesson teaches a seminar in “Law and Literature,” and publishes scholarly articles in that area.  She is also a novelist, writing fiction that explores legal and jurisprudential themes. She has published three works of fiction: A Suggestion of Death, Render Up the Body (for which she was named a finalist for the Colorado Book Award), and  Chilling Effect, which touches on the First Amendment debate concerning the legal liability of producers of violent, sexually-oriented texts.

To read more about her books, go to www.wessonbooks.com.

Mimi lives in a Colorado mountain valley with her husband Ben Herr, fifteen llamas, and visiting wildlife, including an elk herd and a flock of wild turkeys. 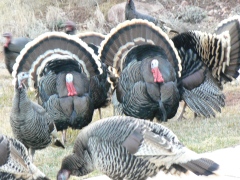