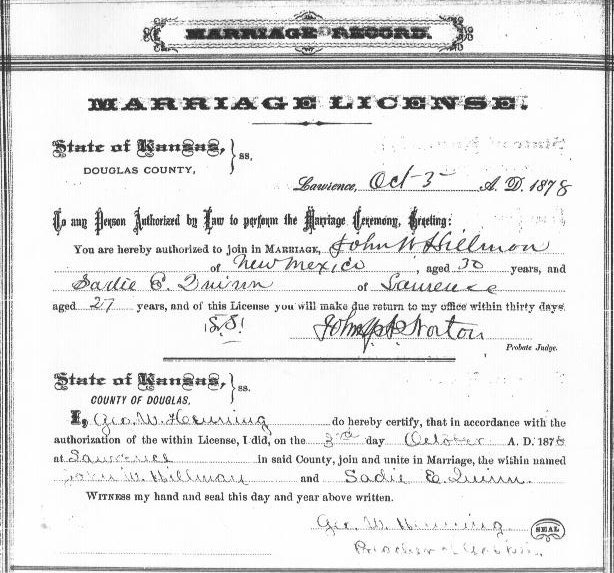 (The date of Oct. 5th given in the wedding announcement is probably a typographical error, as the license clearly gives the marriage date as October 3rd. Also, note that Hillman’s name was written “Hillmon” first on the license, and second as “Hillman”.)

Some time ago The Tribune contained an account of the marriage of Mr. J. W. Hillman to Miss Sadie E. Quinn, of this city. Since that time a terrible tragedy has occurred which has for its sequel the death of Mr. Hillman, and today the remains lie in a rough board coffin in a little shop on New Hampshire street, and curious spectators have at time during the day viewed the remains…